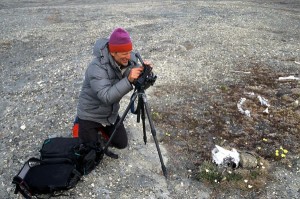 We are committed to finding the Arctic Thule, the geographical region believed by ancient geographers to be the northernmost land in the inhabited or uninhabited world.

This task has proven to be more difficult than anyone could have anticipated.  Since 1968, four islands have held the title of being the Arctic Thule.  The last three of these islands had previously been hidden under snow and ice near Greenland’s northern coast.

A global rise in temperature is melting the arctic sea-ice revealing several new small islands off the North Greenland coast. In 2005 and 2006 our team discovered several new islands with satellite images, off the coast of North Greenland.  We will again attempt to visit these islands on foot and confirm that they are permanent land features.

The appearance of these small islands is related to receding Arctic Ocean  sea-ice.  Projections indicate that most of the Arctic Ocean will be substantially ice free, for a period during the summer, commencing in 2016, plus or minus 3 years. The arctic as we know it will be gone. To learn more about arctic melt and thawing click here.

Those who wish to participate in exploration, solving this geographical mystery, and those who wish to witness or study the effects of global climate change – or those who just want to experience the exaltation of being in a true wilderness, consider joining our expedition. For more details click here.