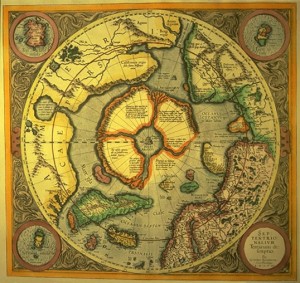 The mythical land of Hyperborea, believed to be on an island called Thule